Knows as Trou Mais, meaning corn hole, it is said that the Carib's used this area as a store house or their crops. Past archaeological research has unearthed Amerindian artifacts from the area. This site is quite unique as there was a costal battery built on top of the cave (stone ruins present on the sit) and was one of the early areas settled on the island.

The cave, which is measured about twenty-five feet at its widest and one hundred (100) feet long, is believed to be part of a volcanic tuber. However, there is plenty evidence of man's involvement in this area, such as ruins of buildings, the old system of public roads and burial graves. 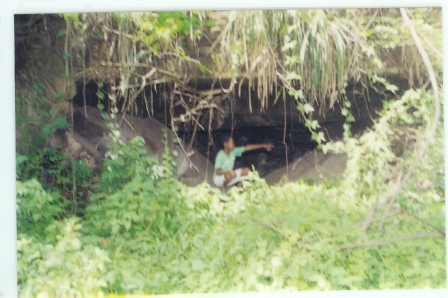 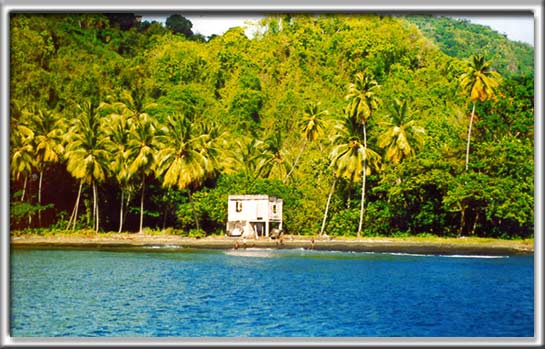