This estate is not only the last of its kind in Grenada but in the wider-Caribbean and the western world.

Historical records show that it was started during the French era of colonization but came into possession of Thomas Duncan after the Fedon Rebellion of 1795-6. It is a unique plantation where the development of Grenada, in general and the town in particular, could be traced from the sugar era up to this present day of spices. The development of the town of Gouyave in Duncan Town after the Duncan family and Portuguese town, after the Portuguese indentured servants, is still evident today.

As such, from the period of slavery to Indian indentureship of the 1850-1900, the barracks and estate huts still dominate this compound. Even further still, the houses which line the ridges of the hills over-looking the estate tells of how life depended or was centered around this institution.

The introduction and production of cocoa to Grenada also made this place one of the leading production centers on the island. To date, the estate still boasts of having the last remaining and functional cocoa steam drier on the island.

However, its history does not stop here, as it was one of the leading training centers for the production of cocoa. Even more still, Dougaldston was the first and leading place for the production and distillation of nutmeg oil on the island.

Other names of previous owners that could be mentioned are: George Heneagre, Lawrence Dundas, Deferitas and in recent times the Branch family. 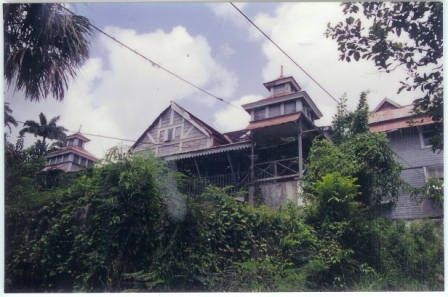 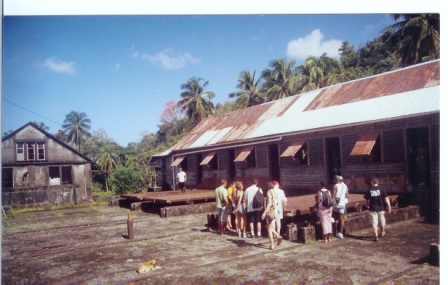