It is not certain whether this church was the first Catholic Church built in Gouyave, or whether the Anglican Church was the site of the Roman Catholic Church, as the Church had plenty of glebe lands. However, construction of this Church started in 1829 and was completed during the 1830’s.

The consecration of the Church of St. John the Divine (the old RC Church/School), Gouyave took place on 15th March 1846. It was converted into a school until sometime around 1974 when signs of falling bricks caused the Church Parish Council to move the school to the present RC Church and then to the building now housing the Hills View Home and then to the Presbytery.

As a result of the successes of the Catholic Priest in the Town of Gouyave, it was said the Church was so crowded at times that people almost suffocated. That time also saw an increase in the number of baptisms, first communions and confirmations. Thus in order to raise monies for a new church the parish priest began organizing lotteries and theatrical entertainment in 1895. By the end of 1899, construction of the new RC Church, was completed.

The former Presbytery, which was used as the pre-primary school, was purchased from the Mc Intyre Family. 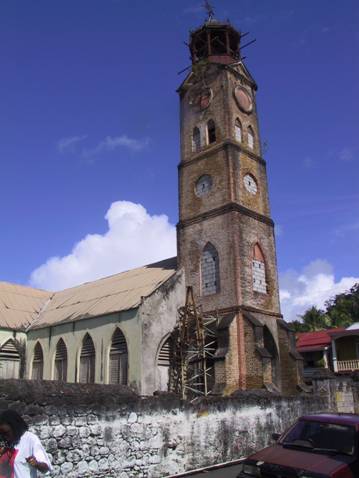 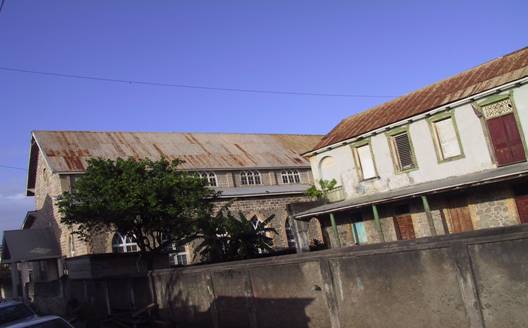