Located or lying at the south of the Mount Granby mountains is one of Grenada's man made wonders.

Called the Dam or Dig and sometimes the lake, this structure was built over three centuries ago during the French period of colonization in Grenada, to spin water-powered sugar mills in that area. It appeared on the first British map of 1763, as a 204 acres sugar plantation owned by Heritiers Delesnables.

Ownership changed to James Taylor esq.; during the first period of British Rule, who increased the estate to 350 acres holding with a labour force of 193 slaves.

Today this estate has been sold out or divided between owners but its ruins dating back from 1700's can still be seen along the roadside when driving through Palmiste. 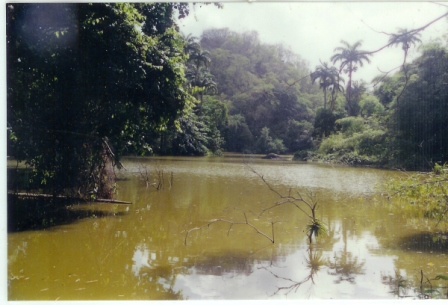